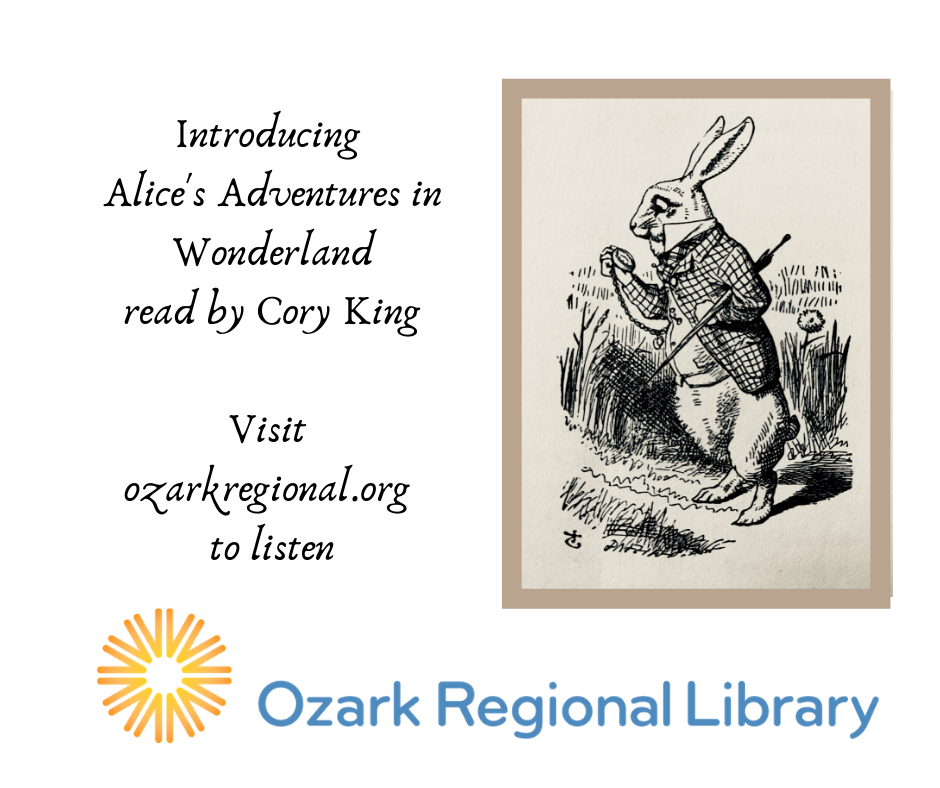 Chapter 1: "Down the Rabbit Hole"

Chapter 2: "The Pool of Tears"

Chapter 3: "A Caucus-Race and a Long Tale"

Chapter 4: "The Rabbit Sends in a Little Bill"

Chapter 5: "Advice from a Caterpillar" 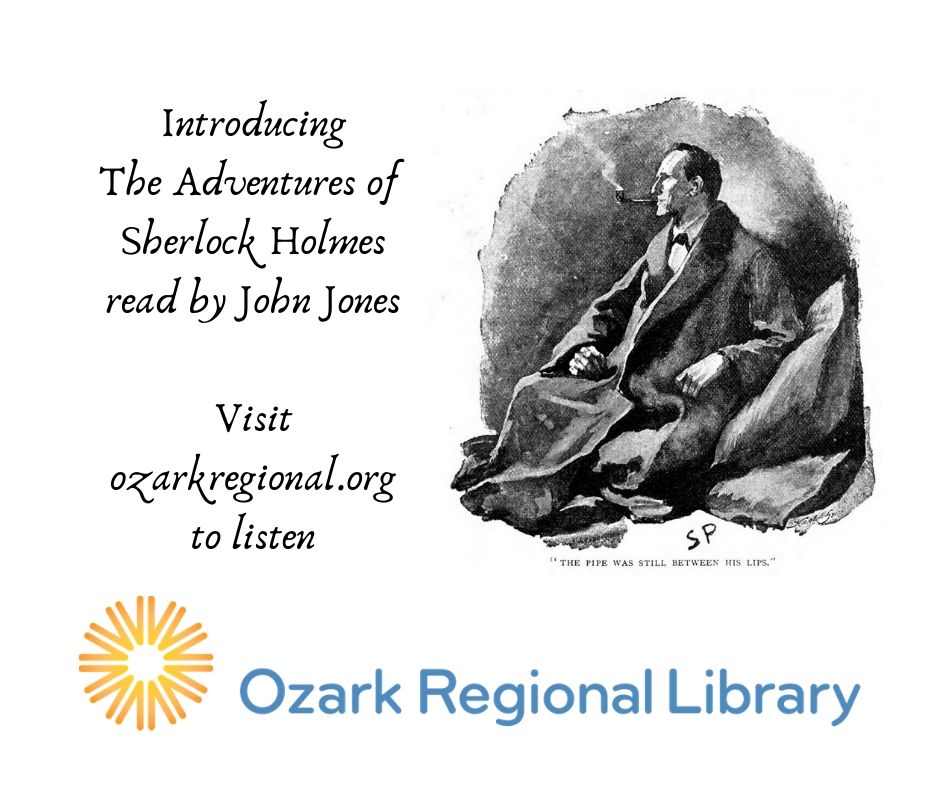 The Adventures of Sherlock Holmes

A Scandal in Bohemia: Part One

A Scandal in Bohemia: Part Two

A Scandal in Bohemia: Part Three

A Case of Identity: Part One

A Case of Identity: Part Two

The Red-Headed League: Part One

The Boscombe Valley Mystery: Part One

The Man with the Twisted Lip: Part One

Where the Wild Things are by Maurice Sendak

Read by area teacher Juli Kline, with permission from HarperCollins

Pete the Cat: I Love My White Shoes by Eric Litwin, illustrated by James Dean

Read by Fredericktown Mayor Kelly Korokis, with permission from HarperCollins

My Garden by Kevin Henkes

How to Read a Book by Kwame Alexander

Diary of a Spider by Doreen Cronin

Read by Ashley Bales with MU Extension for Madison County, with permission from HarperCollins

Opportunities
Support Us
About